How to heal a heart 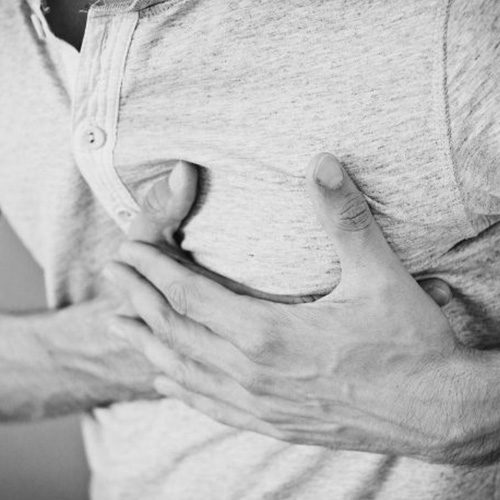 An international team, composed of three Chilean scientists, published in Nature the first explanation of the causes and possible treatment of a new variant of heart failure, that it is affecting more and more people around the world.

If there is something that the biochemist Francisco Altamirano always wanted to, It was to have sufficient time to study the heart. Understand the secrets of its internals, the delicate cellular balance allowing you to fill with blood, then throw it in every heartbeat into all the channels that make possible the life of a body. By phone from Dallas, where researches for the University of Texas Southwestern, "nobility" uses the word to describe everything that makes the heart for us. Until you get sick.

According to figures from the American Heart Association, by 2030 more than 23 million people will have died from some form of cardiovascular disease, and 26 million people worldwide already suffer from one of their deadliest chronic forms, heart failure, whose most common version - with reduced contractile function - is generated when the heart, because of diseases such as diabetes, hypertension or obesity, you lose the force it needs to pump blood throughout the body. A disease for which there is a cure but if treatment, However in the last two decades has given way to a new variant, against which science is just trying to give their first responses.

Heart failure with preserved systolic function is called (ICFSP) and its appearance around the world went on the alarms about how our life sedentary and bad food is affecting us as a species. Cardiologists and researchers, in fact, They speak of it as a culturally communicable "chronic disease", i.e., a disorder that could be considered contagious, by the bad habits that are transferred from parents to children. In simple terms, in the ICFSP the heart has not lost its physical contract and pump capacity, but he's not able to relax enough to allow blood to get into it. This disease now accounts for 50% of heart failure cases on the planet.

Francisco Altamirano began studying it in 2015, When he began his post-doctorate recommended by renowned Chilean chemical pharmaceutical Sergio Lavandero, who had been doing heart studies for more than five years at the University of Texas Southwestern Medical Center, in Dallas. Next to him, the Italian cardiologist Gabriele Schiattarella and the American Joseph Hill, they began to wonder how the heart was affected by the ICFSP, a disorder that if well seems to have clear causes - communion between diabetes, hypertension, obesity and high cholesterol, What, Unlike in the past, today it is common to find at the same time in the same patient—, It had not been understood at the level of its biological mechanisms, There was no treatment, nor an animal model for experiments, able to develop the disease to throw some clues.

"It was very difficult to study, because there were no examples of an animal model that developed this type of deficiency," Altamirano says.. There were some obese mice, with some of the features that lead to the ICFSP, but they didn't live up to everything observed in patients. For this reason, the first thing was to look for a way to develop the disease and we did it with the mix of a high-fat diet and a blood pressure-boosting drug.

Stop that, they joined the team to Chilean nutritionist Elisa Villalobos, who participated in the research in the ICFSP mouse model. That achievement, essential to experience, He opened the door that would lead them to publish in the prestigious Nature, last month, the first convincing explanation of how it works in the heart disease. Essentials, explains Altamirano, was to notice that the mice suffered a loss of function in two key proteins to maintain their balance: IRE1, acting as a sensor that turns on alarms when there is a cellular-level mismatch; and XBP-1, which is the one with the mission to repair it.

The cause behind that loss, understood after a series of experiments with genetically modified mice to turn proteins on and off at will, it's an excess of nitric oxide in the heart, produced by the inflammatory processes of the diseases that attack it. A condition that, However, He showed clear improvements when they returned to activate XBP-1 in mice, What could be the beginning of the road to a possible treatment. In fact, many of the experiments were replicated in human heart samples, Thanks to an agreement with John Hopkins School of medicine, Baltimore, with a substantial number of patients with ICFSP, in a country where 40% of the population is obese.

Currently, team, led by Joseph Hill, Gabriele Schiattarella and Sergio Lavandero , who since 2014 is director of the Fondap Center for Advanced Studies of Chronic Diseases (ACCDIS)—, is working on a deal with Wuhan University, located in china of Hubei Province, to extend their experiments to animals with hearts more human-like. While the mouse generates about 600 beats per minute, ours only reaches 80.

"This is the starting point: understanding the disease," says Sergio Lavandero, 59-year-old, to the phone from China—. However, when you work with diseases that are incurable, the key is prevention work. This is the final consequence of all these diseases that are very common, such as hypertension, 50% of Chileans over the age of 50. But they are diseases that can be prevented before reaching heart failure.

For this reason, scientist counts, this year he decided to apply, through the University of Chile, 2019-2022 Regional Partnership Project Competition of CONICYT's Exploratory Program. They will lead the PAR RM Norte, through which they will be concerned with promoting science and technology for students in 17 communes in the north-west area of the Metropolitan Region. In total, 33% of Santiago's schools. In this way, says, will try to get in place the one you consider the best treatment for heart disease: education, from childhood, for a healthy life. The only foolproof antidote to a cultural disease.