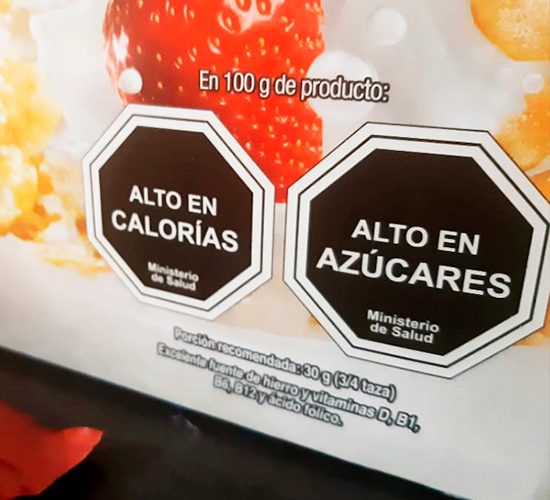 "Local governments play an important role in tobacco monitoring and regulation, alcohol and less healthy meals, as well as in the free access of food and healthy lifestyles", commented Claudia Bambs, ACCDIS researcher and head of the Department of Public Health Medical School of the Pontifical Catholic University of Chile

Scientists at the Advanced Center for Chronic Diseases (ACCDIS), Department of Public Health of the Faculty of Medicine of the Pontifical Catholic University of Chile and the Institute of Nutrition and Food Technology (INTA) recently published a study in the journal Cell Press, about the "Scientific and health policies to address chronic diseases in Chile".

For many years the country has experienced rapid epidemiological transitions, being tobacco, alcohol and ultra-processed foods the main risk factors for chronic diseases; as a solution to the problem, researchers are proposing to improve public health policies and use evidence-based strategies to improve community health.

ACCDIS is currently working on the first population study based on chronic diseases, called MAUCO, which is responsible for investigating the factors that influence or prevent the development of chronic diseases in the Maule farming community. "Today, most research on chronic diseases emerges from Europe and the United States, whose characteristics hardly match those of the rest of the world", commented on Dr. Claudia Bambs, adding that, studies such as MAUCO are needed to provide knowledge about chronic diseases in Chile and other South American countries.

It is important to note that over the past decade, cardiovascular diseases, Neoplasms, neurological disorders, digestive diseases, diabetes and chronic kidney disease were the leading causes of death in Chile, which was evident in the latest results of the National Health Survey, where an epidemic of chronic diseases was confirmed and the high increase in risk factors, prevalence in low fruit and vegetable consumption (85%), Obesity (34,4%), smoking (33,4%) and excessive alcohol consumption (12%).

In this sense, Dr Bambs noted that "local governments play an important role in tobacco monitoring and regulation, alcohol and less healthy meals, as well as in the free access of food and healthy lifestyles" and although they have put in place a number of initiatives that have contributed to the decline of these diseases, greater efforts need to be made.

Since 2014, regulatory policies for unhealthy foods have been implemented in Chile, among them stands out the food labelling law, control of sugary drinks and other; However, these regulations have not been sufficient to reduce one of the main risk factors for chronic diseases: Obesity.

"Currently a third of Chilean adults remain obese, 44.5% of children suffer from weight gain at 13 and more than 50% of preschoolers are overweight," said Roberto Bravo, researcher at the Institute of Nutrition and Food Technology (INTA) University of Chile.

Against this stage, scientists say it is also necessary to implement current regulations on ultra-processed foods, fast food and alcoholic beverages.

Limiting the scope of alcoholic beverages

Unfortunately, alcohol consumption in Chile is still on the rise and this is currently a major public health problem, 13% of deaths in Chile are attributed to alcohol consumption. Faced with this problem, researchers point out that it is necessary to incorporate advertising regulations, price and marketing, because alcohol is currently easily accessible and its price is very low compared to other countries.

Smoking must continue its decline

Since 2005 Chile has had a number of policies in place to control tobacco use, according to a study by Guindon has managed to reduce cigarette use from 40% to 33% in the general population and from 60% to 41% among young adults, scientists reported in the study.

However, efforts to reduce tobacco use must continue. That's why, a new law is currently being worked on that will prohibit smoking in public places and the use of menthol cigarettes, which are greatly consumed by young Chileans.

"In addition to these regulations, it is necessary to encourage smoking cessation, through special programs aimed at high-risk groups: patients with lung disease, diabetes and survivors of cardiovascular disease, " said Dr. Sergio Lavandero, Professor at the University of Chile and Director of ACCDiS.