International Seminar Reports on the Challenges to Address Hydatidosis in Chile

The day, held at the UC School of Veterinary Medicine, had national and international exhibitors, who sought to account for the challenges in research and public policies to face the impacts of the presence of the parasite Echinococcus granulosus 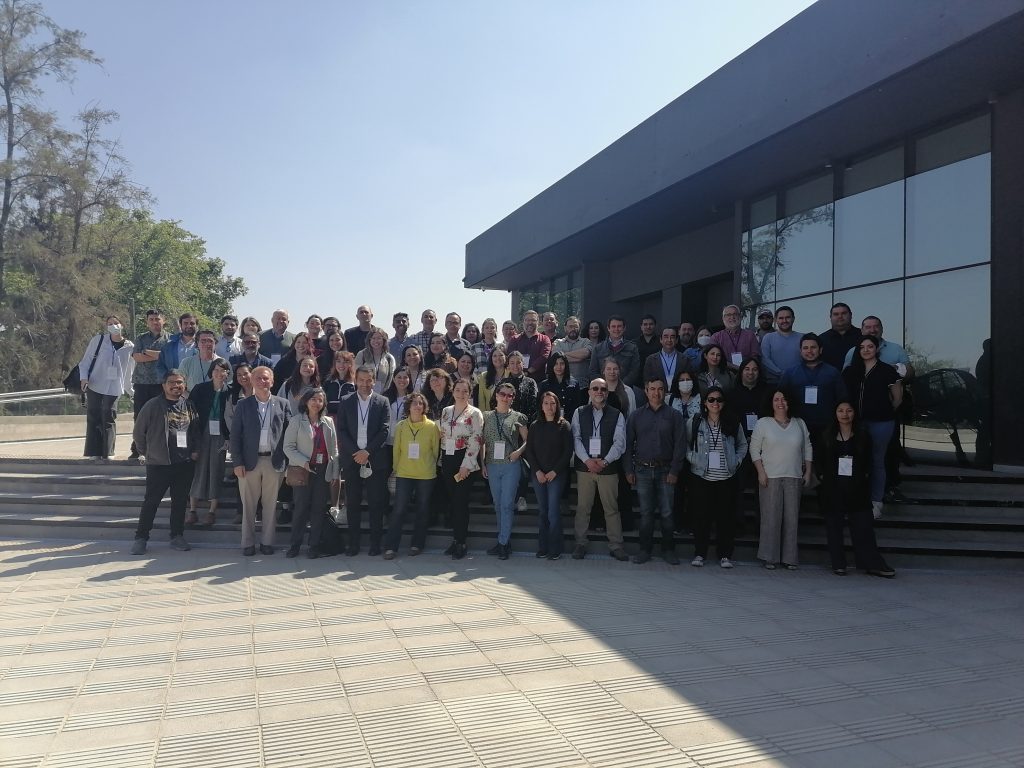 Seeking to generate synergies between research and the development of public health policies, the Interdisciplinary Seminar "Advances and challenges in the control of cystic echinococcosis/hydatidosis in Chile" was held between October 25 and 26., Approach from human medicine, veterinary and the environment".

Activity, of an international nature and organized by professors Cristian Alvarez, of the School of Veterinary Medicine, Cristian Bonacic and José Luis Riveros, of the Faculty of Agronomy and Forest Engineering, and Sandra Cortés and Marisa Torres, of the Faculty of Medicine, has focused on control, diagnosis and prevention of cystic echinococcosis also called hydatidosis in Chile.

On the opening day of the seminar, Juan Correa was present, Dean of the Faculty of Biological Sciences, Andrea Albagli, Head of Division of Healthy Public Policies and Health Promotion, Ministry of Health, Esteban Canales, chief (s) of the Directorate of Livestock Protection of the Agricultural and Livestock Service (SAG), Victor Cubillos, director of the UC School of Veterinary Medicine, Katia Abarca, academic of the Faculty of Medicine UC, and Fernando Fredes, president of the Chilean Society of Parasitology, who delivered some words of welcome.

According to what Cristian Álvarez points out, academic of the School of Veterinary Medicine UC, , The objectives pursued with this seminar were "to know the results of sheep vaccination programs in different regions of Chile, promote the use of abdominal ultrasound as a tool for early diagnosis of human disease, consider the inclusion of Chile in the International Cystic Echinococcosis Registry and also discuss the possibilities that the parasite is transmitted by plants in some regions of the country".

Scope of the Seminar

Cystic echinococcosis, commonly known as hydatidosis, is endemic in Chile and other South American countries, and entails large economic losses related to surgery and treatment costs in people as well as productive losses in animals such as sheep, mainly cattle and goats.

"Humans become infected by accidentally ingesting parasite eggs. Echinococcus granulosus, released into the feces of infected dogs. Animals such as sheep, Cattle and goats among others are infected in the same way and develop cysts in the liver and lung. The habit of feeding the dog with viscera in rural areas causes the dog to become infected, perpetuating parasite transmission. The highest human incidences occur in the regions of Magallanes, Aysén, Coquimbo, The Rivers and the Lakes", explains Cristian Álvarez.

To delve deeper into how cystic echinococcosis/hydatidosis is being addressed internationally, featured performances by Marshall Lightowlers, academic, The University of Melbourne, who addressed the use of the EG95 vaccine in control programs around the world; by Francesca Tamarozzi, researcher at the Ospedale Sacro Cuore Don Calabria, who presented details of his research in the areas of ultrasound diagnosis of cystic echinococcosis in humans; and Adriano Casulli, researcher at the Istituto Superiore di Sanità, Who reported on the multinational projects of prevalence studies of the disease that he has led in different parts of the world.

In total about 70 people attended, including more than 30 representatives of the Ministry of Health belonging to the area of Zoonoses and vector control from different regions of the country, as well as epidemiology, officials of the SAG of Magallanes, Aysén and Biobío, together with the presentation of pediatric cases from the Hospital de Valdivia. In addition, representatives of INDAP and FAO were present.

The seminar served to give an account of the experiences in the different regions of the country in control programs, as well as to discuss the remaining challenges. "There was agreement that there is a need to establish ultrasound diagnosis as a population screening tool and that more meetings of this type should be held to know the activities carried out in each region.. This is why we hope to share the findings in a document to all stakeholders., along with publishing it in an international journal, in such a way to give an account of the work done in this seminar", concludes Cristian Álvarez.

Source Faculty of Veterinary and Livestock Sciences. University of Chile