The scientist Marcelo Kogan explains that gold nanoparticles contain electrons on its surface, which can interact with light in such a way that begin to vibrate with electromagnetic radiation and can absorb much energy. "That energy dissipates and can on the one hand serve to destroy cells, tumor or by another, scatter or shock of those photons which radiate, It can be used to detect certain abnormalities in the body in a very sensitive manner".

"Nanotechnology is a small-scale strategy, through which it is possible to manipulate the material to a size so tiny that it can not be seen by the human eye, i.e. we work at an atomic and molecular level. It is an applied science that can solve different problems in our society and increasingly takes more strength worldwide. We are conducting studies to use gold nanoparticles on early diagnosis and future therapies to combat Alzheimer's disease and gastric cancer. Using this metal in that size we could produce medicines that allow timely discover various pathologies", explains Dr. Marcelo Kogan, Senior researcher at the Center for advanced chronic diseases, ACCDiS and Professor Titular of the University of Chile.

The scientific, Pioneer to level world in the application of nanoparticles for potential therapy against Alzheimer's, points out that the research developed in ACCDiS are centered mainly in the detection early-through markers blood specific, that allows predict or assess the risk of suffering cancer gastric, and the presence of toxic aggregates of amyloid protein, in the case of the mal de Alzheimer. In addition to the development of new therapies or Pharmacology intended to counter the advance of these pathologies. These statements were made during the fourth national Congress of nanotechnology - sponsored by ACCDiS-, activity carried out in Olmué and that counted with the participation of experts of Chile, Spain, Japan, Italy and Cuba.

"Our objective is that through Nanodevices and nanoparticles of gold can find out early", some 20 years before the first symptoms of the disease appear. Hope act with advance and not when already it has manifested the problem, When are 90% of the neurons dead, "in Alzheimer's disease or when gastric cancer is already in advanced stages". 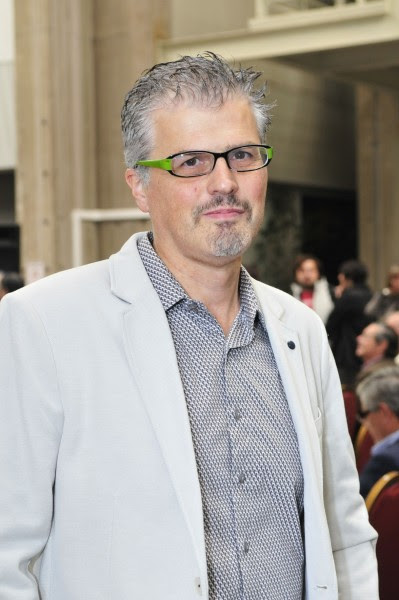 Dr. Kogan explains that a tumor can be observed when there are more than one hundred thousand cells, through imaging techniques. On the other hand, with nanotechnology and gold particles "you might see when you have ten hundred thousand and tumour cells, It is already late many times. All of this for the interaction of light with matter allowing a way to have a more sensitive signal. That's the point", says the Doctor in Chemistry organic of the University of Buenos Aires.

The advantages of the gold

Marcelo Kogan and his team of researchers of ACCDiS have developed nanoparticles metal, in this case gold, which enable to detect the presence of tumor cells in the body and that after a treatment be deleted in such a way to avoid the progression of cancer.

The scientific explains that the nanoparticles of gold contain in its surface electrons, which can interact with light in such a way that begin to vibrate with electromagnetic radiation and can absorb much energy. "That energy dissipates and can on the one hand serve to destroy cells, tumor or by another, scatter or shock of those photons which radiate, It can be used to detect certain abnormalities in the body in a very sensitive manner".

It is for this reason that the researcher has focused his work on this metal which is already being tested in human "exist at the present time trials with good results for diagnosis and therapy", Add the academic.
The expert points out that property absorb and dispel the golden light makes their nanoparticles are more sensitive, favoring the detection of biomarkers, as in the case of gastric cancer.

Reprimo, the marker for detecting gastric cancer
The cancer gastric has a high incidence in Chile. According to the Ministry of health is the leading cause of death by cancer in Chilean men and women, resulting in more than 3,000 deaths a year. During the first stage of the disease almost not there are symptoms, However, Once it is diagnosed it presents late tumors whose phase around 80 per cent of the population usually dying.

"This disease is declared when the patient is subjected to an endoscopy", When there are symptoms and that it is now late. "If before perform that procedure could do is a simple test blood to detect the presence of Reprimo of a way ultra sensitive could improve absolutely the diagnosis and make them therapies preventive necessary", Adds the Dr. Kogan.

Through nanoparticles of gold the scientific of ACCDiS expect detect of way ultra sensitive the presence of a marker genetic called Reprimo, which appears in early and advanced stages of gastric cancer and that was discovered by Dr. Alejandro Corvalan, Professor associate of the Faculty of Medicine of the Universidad Catholic and main researcher of the Advanced Center of chronic disease.

"The diagnosis in vitro with regard to the Reprimo not are very far", We have just formally request the patent and are ready to use, detect this marker in the samples of the population cohort of Maule, It's the place that we are carrying out investigations. We cannot speak of a year as maximum period', says Kogan.

Alzheimer's disease
An of them questions that is necessary to answer is why not have operated them therapies to combat the Alzheimer's. The answer is that all possible therapies has not been implemented accordingly. "Begin to try those treatments", It can be very promising and effective, but too late. What work is in improved detection of disease to those trials in patients who today are normal, but that they might have this wrong. You go to the doctor when already are the symptoms, then many neurons are already dead, Therefore the treatment you use, it is very difficult to have an effect", complements the scientific.

In the case of this pathology the researchers are analyzing-in collaboration with the University Catholic, with the Dra. Alejandra Alvarez- the effects in vivo of these nanoparticles with models GM in phase pre clinical. "While the process is quite long", so far we have had excellent results, "what us indicates that we are by the way correct", concludes Dr. Marcelo Kogan.

In this way, ACCDiS is positioned as a scientific centre of excellence, capable of investigating the causes of diseases chronic and design therapies and tools of diagnosis, intended to generate an impact positive in the health of Chile and the foreigner.