Save your time wisely 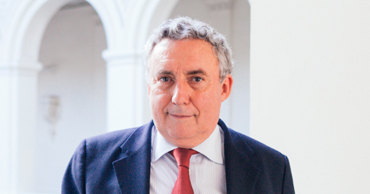 Dr. Rodrigo Castillo, researcher with the program of physiopathology of the Institute of Biomedical Sciences of the University of Chile, won the award in the category "Young Researcher", in a competition he sought this year, in its third edition, support and disseminate the best research on hypertension, dyslipidemias and coronary heart disease.

Intermittent hypobaric hypoxia (IHH) is experienced by a large number of Andean workers, estimated at 40.000 per year. In the case of chronic exposure - exceeding two years- there are harmful cardiovascular effects to compensate for exposure to a high altitude environment, that is, about 2,500 meters above sea level.

In order to alleviate the effects of this condition is that Dr. Rodrigo Castillo, assistant professor of the Pathophysiology Program of the Institute of Biomedical Sciences of our campus, conducted the research "Cardioprotection with omega 3 fatty acids in cardiovascular pathologies in animal and human models: from Acute Myocardial Infarction to Intermittent Hypobaric Hypoxia", with which he was the winner in the Young Researcher category of the Third Edition of the University Scientific Research Award (PIC) delivered by Universia.

Dr. Rodolfo Armas, National Prize of Medicine 2010, president of the Chilean Academy of Medicine and member of the jury, referred to the relevance of the theme that guided the third version of this contest, whose objective is to support and disseminate the best research in the field. "This topic is of great interest to public health globally., for these diseases, which are leading causes of disability and death, they also represent high expenditures in medicine. This is a priority problem here and everywhere.".

On the other hand, the dean of the Faculty of Medicine of the University of Chile, Dr. Manuel Kukuljan, highlighted Banco Santander's commitment to scientific research. "In our country, the main source of stimulus and funding for these studies is the public one.. However, I believe that as a society we must have incentives and rewards from all sectors. In this sense, what this institution does is very relevant in terms of the consistency and seriousness with which the process is carried out.".

To improve occupational and cardiovascular health in workers of height

Dr. Rodrigo Castillo obtained the degree of doctor in pharmacology in January 2011, thanks to a basic clinical study in which he demonstrated the benefits of acute use of Omega 3 and vitamins C and E to avoid postoperative arrhythmia in cardiac surgery patients with extracorporeal circulation, scientific contribution recognized through an Initiation Fondecyt, support with which this line of research continued, addressing the effect of chronic supplementation with these essential fatty acids on infarction size and ventricular function in an ex vivo infarction model.

Currently, his studies address the use of a cardiovascular preconditioning model related to IHH, which directly involves the issues of occupational health and cardiovascular prevention in high-altitude mining.

In his project he explains that "this intervention aims directly to reduce the cardiovascular complications of miners associated with work disabilities, that harm the performance of our country's main source of income. It is worth mentioning that at present, However, there are no pharmacological strategies that attenuate these harmful effects, in this type of population".

"In my interest to develop translational research applied to this topic, in my laboratory we have made advances in the characterization of some pharmacological effects of Omega 3 supplementation, in an animal model of chronic IHH, by using a hypobaric chamber in order to apply this knowledge later in the mining population. The findings associated with cardioprotective mechanisms in animal model of chronic IHH found by our group, that are in the process of publication, have served as the basis for the application of some competitions with external financing, incorporating a translational approach that proposes within its challenges the realization of a clinical trial that will evaluate a cohort of mining population that would be supplemented with Omega 3. This, in order to determine variables of cardiovascular response to height, and some markers of myocardial remodeling, in blood and by echocardiography, in this model of human hypoxia", ends Dr. Castillo.

The stimulus for the Young Researcher category is USD $30.000, plus an international internship scholarship of USD$5.000 for up to two months abroad. The award is convened and organized by Banco Santander and Santander Universities through their Higher Education Support Program, and aims to recognize and support scientific research, initiative that in a horizon of five years, hopes to become a reference and stimulus to promote the development of science for the benefit of health.

The jury was composed, in this third version of the PIC, by doctors Gloria Valdés, researcher of the Department of Nephrology of the P. Catholic University of Chile and member of the Academy of Sciences; Rodolfo Armas, National Medicine Award 2010 and president of the Chilean Academy of Medicine and Fernando Mönckeberg, National Medicine Award 2012. In addition, this team is made up of the deans of the most important medical schools in the country, as are the doctors Luis Ibáñez (P. Universidad Católica de Chile); Jaime Contreras (U. Andrés Bello); Humberto Guajardo (U. Santiago); Manuel Kukuljan, (U. of Chile), and Rogelio Altuzarra, (U. of the Andes). The general coordinator of the jury is José Pedro Fuenzalida, director of Universia Chile.

Cecilia Valenzuela Leon, journalist Faculty of Medicine U. of Chile