THE UNITED SCIENCE AGAINST CORONAVIRUS 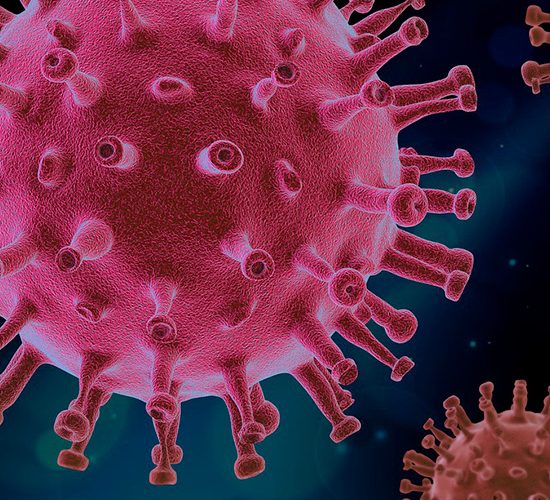 After the need to anticipate the various scenarios that we will face before COVID-19, researchers and researchers from different scientific areas have made the most of the society, through our own initiatives or following the call of the authorities of our country, to address the health crisis and contribute to decision-making in the face of the pandemic.

Epidemiology, data science, Engineering, Math, sociology and geography are some of the various disciplines from which the scientific community has contributed to the emergency and has joined the government-coordinated tables and councils. Other initiatives have emerged from universities, research teams or private institutions, where research and innovation are key.

Catterina Ferreccio, Epidemiologist, ACCDiS researcher at the Pontifical Catholic University, and member of the Advisory Council of the Ministry of Health, highlights the diversity of disciplines from which experts and experts work day by day in the emergency. For example, from your area, investigate who the infected are, where they come from, when they became infected and other aspects, reporting that is made available to the government as a relevant input when implementing, considering other aspects such as social and economic impact, "we are directly involved with the management of this epidemic", reported the scientist.

Epidemiologist also mentions data science input, who is responsible for modeling scenarios with large databases "for example, through mobile devices you can see if quarantines are really respected". On the other hand, geography has allowed georeferencing where the cases are and determining where in the commune to focus most, added that another area that has contributed notoriously is engineering, "mechanical fans are currently being made in Chile". On the other hand, it's also all about the development of the virus's knowledge and its characteristics, (life sciences, molecular science, Genetic, clinical medicine, infectology and other science specialties).

In this sense, the PAR Explore RM North spoke with some experts from various areas of science, where they highlighted their contribution to allay the health crisis. It is important to note, the need for many elements and that currently the entire scientific team in the world, is studying and building knowledge.

Leonardo Basso, Director of the Institute of Complex Engineering Systems (ISCI) the u. of Chile, commented that the objective is to collaborate from engineering in the fields of epidemiological control strategies, information on the effects of control measures on the population and the energy market, support for hospital decision-making and critical health equipment management.

"Through the projects we are carrying out, we look forward to collaborating on critical points in the chain to model the speed of propagation based on containment strategies being taken, the use of strategically designed tests, maximize the attention span of medical staff and support for the home hospitalization process", reported Leonardo Basso, Director of the U Institute of Complex Engineering Systems. of Chile.

The first model is implemented by ISCI, microsymulation, which allows to assess the chances of contagion depending on the social interaction, through a base of detailed structures that capture the spatial and demographic components of the population, which makes it possible to assess the effectiveness of measures that restrict people's movement, for example, quarantines, suspension of classes in educational establishment, universities and technical institutes, explained Leonardo.

Another model that is being implemented as a pilot plan is the optimization of the availability of medical staff at the Herminda Martín de Chillán Clinical Hospital, "we know that health personnel can be the bottleneck in the system, because your exposure to the virus increases the risk of infection", commented On Professor Basso. The goal is to have a platform that plans dynamic shifts, quarantine tracking and testing, in direct contact with the care centres. In addition, seeks to apply the telemedicine of critical beds, "i.e., that those doctors who need to be quarantined can assist the staff who stayed as a reliever in the hospital, observing the main indicators of fans from their homes, " clarified professor, explaining that, this project goes hand in hand with the model already implemented in the Hospital San Juan de Dios, where a tool was implemented to support the operational management of Home Hospitalization Services.

"We are aware that a high demand for clinical beds is expected in the coming months", Therefore, the goal of this project is to release beds of low complexity and allocate them to patients who need more care. Clarifying that, those who have to be sent home will continue to be treated, through telemedicine and daily visits by the clinical team, as long as it's necessary.

Finally, but not least, the U Institute of Complex Engineering Systems team. Chile has been looking at the impact of containment measures, from the point of view of population mobility – to understand how it affects different income groups – as in the electricity market", concluded the director of the Institute.

All ISCI activity in the COVID crisis, including reports, are available at https://isci.cl/coivd19.

Alejandro Maass, Director of the Center for Mathematical Modeling at the University of Chile (CMM) explains that "The team had been working for some years the epidemiological issues, but when the crisis started making capacity models of the health system, through semi-quantitative analysis of reality", Alexander reported.

The published model, seeks to simulate the maximum demand for the intensive care bed unit (Icu) required in Santiago, Arica, Ñuble, Araucanía and Magellan. Currently working on case traceability strategies, adjusting them to parameters that well simulate the number of infected people from the beginning to the present day, applying it to three scenarios, Maass commented:

For Santiago's case, we conclude that implementing a total lock for two weeks and a high-intensity contact tracking program, Isolating (surveillance) cases detected, qualitatively shows to be a good strategy, "managing in a relatively short time to flatten the curve of hospital need", concluded the director of CMM.

On the other hand, Pedro Gajardo academic from the Federico Santa María Technical University reported, according to the simulations in the city of Arica the quarantine imposed since April 16 postpones the peak of the highest demands of hospital resources "To flatten the curve, additional contact tracking efforts and monitored quarantines need to be implemented", it is recommended to use the quarantine period in order to implement an intensive program in this direction.

As for the regions of Uble and Araucanía, observed that week's focused quarantines, preceded by significant contact tracing efforts have a major impact on reducing the peak of hospital resource demands.

And finally, In the Magellan region, it is advisable to take measures to reduce the number of people infected, for example, longer, more restrictive quarantines, closely assessing the evolution of the outbreak in this region.

From another perspective Carla Castillo, economist and researcher at the Center for Epidemiology and Health Policy (Porcini) faculty of German Clinical Medicine University of Development, who is also part of the CMM-led team, noted that economists and mainly macro economists have played a very important role in managing economic crises, which is reflected in the various strategies that other countries and Chile have taken, support for businesses to avoid massive bankruptcies, Dismissals, aid to contracted and self-employed workers and other measures. "Our role, as a health economist is to serve as a bridge between public health, Epidemiology, infectology and the economy", Carla Castillo finished.

The Science for Life Foundation, it is also part of the group of experts who support the Ministry of Science, Technology and Innovation. The group led by Tomás Pérez-Acle works on mathematical models that allow to project the dispersion of the virus in the population and the impact on the health system, especially in ICU beds and Intermediate Treatment Unit (Uti) "If we are able to project, we're going to make it possible to understand when the health system might collapse, which would allow us to anticipate and prepare", reported Tomás Pérez-Acle, Director of the Science for Life Foundation Computational Biology Laboratory.

With a group of 14 people, among them doctors, researchers, Sociologists, biologists, Virologists, Physical, geographers and students from the University of Valparaiso and San Sebastian, work with software, created by the students themselves called "GeoModeller", with which they follow the number of people who become infected day by day, taking into account the possible measures implemented by the government, "Through this model, we can project a week or two and try to understand what percentage of people will be infected by the virus, how many are going to require hospitalization, how many of the hospitalized people will need to enter the ICU, how many people are going to need mechanical ventilation and finally understand how many people are likely to face death because of this condition," Thomas explained.

The director of the Biology Laboratory emphasized the importance of complying with the prevention measures imposed by the authorities, "the same, must be applied in their entirety in order to delay the peak of the infection and reduce the number of people infected, this would mean that the health system, particularly ICUs and ICU are going to make less required, reducing the number of likely deaths".