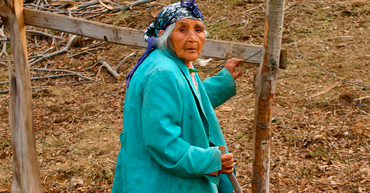 Only 29 countries in the world exceed the 80 years of life expectancy. Chile is one. According to the "statistics World Health report: Analyzing health for sustainable development"delivered yesterday by the World Health Organization (WHO), the country is the longest in Latin America, and the second from America, after Canada.

Sergio laundry, Director of the Center for advanced chronic diseases (Accdis) It points out that there are several reasons that explain this situation, as access to sewerage, to drinking water, the end of malnutrition and health system "that despite the criticisms that receives, opposite these figures, It's not that bad".

For the head of the national immunization program (PNI), Fernando Muñoz, family planning and vaccination also helped that today I live more years. "With the family planning there was less multiparity and fewer pregnancies followed each other. That has impact on life expectancy. In the 1960s if a child spent the first year of life, He had already won more than four years of life expectancy because the risk of dying during this period was very high", says Munoz.

Vaccines also made theirs: before the incorporation of the vaccine for measles immunization plan in 1963, 30% of children under one year dying was the product of this disease.

At the global level, WHO notes that on average was achieved to increase life expectancy at birth in the five years between 2000 and 2015, when mankind went from living an average of 66 to 71,4 years (73,8 years for women and 69,1 for men).