The concept of obese metabolically healthy: angel or demon? 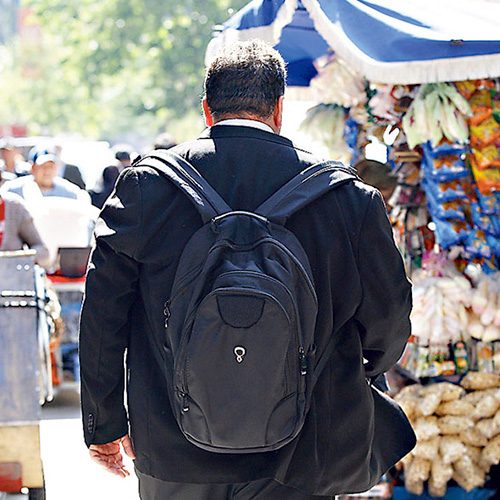 Obesity is officially defined by the World Health Organization (WHO) how"abnormal or excessive accumulation of fat that can be harmful to health”. But studies in recent years have established that not all obesity is equal. There is a group that does not have the profile of metabolic problems and cardiovascular risk that is normally associated with these people: they are the so-called obese metabolically healthy, concept that is a source of heated debates in the literature. Is it real or is an aberration? We do damage to divulge the concept, or we are helping people with obesity?

According to the last National health survey, in Chile three out of four individuals over the age of 15 are overweight or obese, based on your body mass index (IMC), that is calculated based on the weight and the height (from 30 kg/m2, is classified as obese).

However, Today, we know that excess weight is not all that matters, and that the risk of an overweight of cardiometabolic disease does not depend on the weight or the amount of fat that your body has, not even of if your BMI goes beyond the limits, but that quality, location and operation of its fat.

Although the BMI is a useful measure for studies on large groups of people, at the individual level, it can lead to significant errors. For example, an athlete with a high body weight due to muscle mass may have a BMI that classifies it as obese, but given their proportion of fat and muscle, In addition to his physical condition, your cardiometabolic health is far from being at risk.

On the other hand, a person with a BMI within the normal range, but with a prominent abdomen, probably has a serious health risk, given the accumulation of fat in the visceral zone.

The percentage of fat and muscle in our body is a much better indicator of the risk to health that guided by the weight or BMI. But - and perhaps how already it came- There is one degree of complexity: total body fat is not as important as its distribution, i.e., know where that fat accumulates.

This is how two types of obesity have been defined, the Type "Apple", It refers to the accumulation fat at the central level, in the visceral/abdominal area, and the "pear" type, where fat tends to be located in hips and thighs. By differences in composition, the operation and other physiological characteristics of different fatty deposits, Apple-shaped obesity carries a greater risk of developing metabolic and cardiovascular diseases than the PEAR type.

Here is the moment we enter the concept of the metabolically healthy obese. Although there is still no universal agreement on the definition, broadly refers to any individual who, although it has a BMI of 30 kg/m2 or more, It does not present the profile of distinct metabolic change typically associated with obesity such as metabolic syndrome, insulin resistance, hypertension, diabetes or Dyslipidemia. In the majority of studies, the definition does not cover the total absence of alterations, allowing some degree of dysfunction. Like this, currently it is accepted that approximately one-third of obese have the phenotype of "healthy", However to establish the single definition is an important task pending, that prevented uniformity in the studies and has therefore made it difficult to agree on the successful conclusions.

Although the concept of the healthy obese is very controversial, There is ample evidence that suggests that the risk of mortality in an obese defined as metabolically healthy is much lower than in the obese with metabolic disorders. It is important to make clear that It is not to promote obesity: the risk of mortality from all causes and cardiovascular events is probably greater in people defined as obese healthy in healthy normal-weight. However, the concept of the healthy obese lets talk that a low more moderate weight, even that does not transfer the obese BMI threshold, It may be sufficient for the transition of the metabolically altered to metabolically healthy, implying a lower risk and a sense of achievement for the patient.

The concept of the metabolically healthy obese can be a great ally in the motivation of people to adhere to a healthy lifestyle. If the verdict of the lapidary scale is the only parameter of the effectiveness of the changes - and it knows everything who it has tried or encouraged a patient to try- It is a fight lost in the long run, and the failure is fierce. Leave the balance of the side and focus on changes that are not, and that they define the metabolically healthy obese, It can facilitate the communication of the treating with your patient, rather than give you information and values of each parameter evaluated on their tests cut.

Regardless of the pounds lost - or not-, talk about metabolic health as objective and focus on these changes can be a much more meaningful and attainable goal, It will stimulate the adherence to the permanent change in lifestyle. In this sense, is possible that in the long run, This bond effectively entail a decrease in weight, and thus the benefits go beyond metabolic problems associated with obesity, such as osteoarthritis, sleep apnea, risk of some types of cancer, fertility disorders, depression and lack of well-being, relevant parameters that are not in fact included in the concept of the metabolically healthy obese.

There is no doubt that any person with obesity should try to lead a lifestyle that allows you to reach a healthy physical condition over the long term. This is a case where applies what Fito Páez song "what matters is not reached, the important thing is the way", one where bet to a Permanent balance in eating and active living. I hope to see gyms and parks full of people with overweight or obesity in exercising. But the truth is that if the goal is to lose weight, exercise is not the best way to achieve it. But that is a topic for an upcoming column.

*ACCDiS contributor, Professor titular of INTA and researcher at the Centre for studies in exercise, Metabolism and Cancer, U. of Chile