Planetary diet: the healthy and sustainable formula to feed the entire population 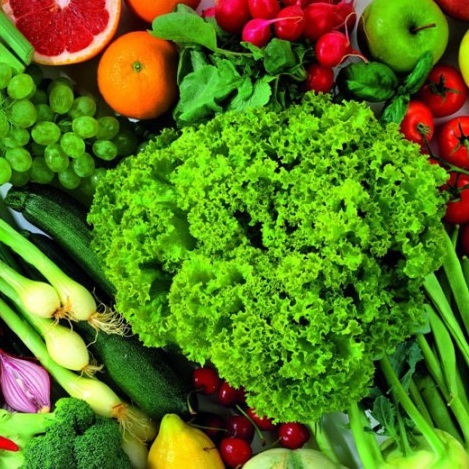 A group of more than 30 scientists worldwide is behind a new style of food that pursues sustainable food and with good nutritional inputs for the more than 10 billion people expected to be. The emphasis of the so-called "planetary diet" is on the biggest prominence of vegetables, fruits and legumes and lowering portions of animal meats.

Having a healthy diet that manages to feed the more than 10 billion people that are projected will be by 2050, is the challenge that has been posed by the so-called Planetary Diet, that seeks to promote sustainable production and promote new eating habits by reducing the consumption of animal meat and increasing the contribution of legumes, fruits and vegetables.

The formula was proposed at the beginning of the year by the Eat-Lancet Commission, an entity that brought together 37 scientists from various disciplines in 16 countries, led by Professor Walter Willett, T.H. School of Public Health. Harvard University's Chan, and whose work was published by the prestigious scientific journal The Lancet.

The premise behind this strategy is that the planet and the population are at risk because while food production is on the rise, there are more than 820 million people who can't access enough food and many consume low-quality calories or large portions, while unhealthy eating habits increase the risk of mortality, alcohol problems, drugs and tobacco. Global food production, adds the report, "threatens climate stability and ecosystem resilience and is the biggest driver of environmental degradation and transgression of planetary boundaries. Altogether, the result is serious".

Match that Jenny Ruedlinger diagnosis., PhD in Biological Sciences, researcher at the Centre for advanced chronic diseases (Accdis) and UC School of Public Health, adding that there is responsibility for both consumers and production companies in this.

"People don't have much awareness about how food is produced. For example, there's a lot of plant loss; Chile generates about 4,6 million tonnes of solid waste at the level of agro-industry, losing 30% of healthy foods throughout the chain of production. On the other hand, influences the fact that consumers do not choose 'ugly' vegetables, which leads to the same producers discarding them, knowing that they will not be well received", Argues.

Global food production "threatens climate stability and ecosystem resilience and is the biggest driver of environmental degradation and transgression of planetary boundaries. Altogether, the result is serious", says the Eat-Lancet Commission report, who proposed the idea of planetary diet.

Vegetables and fruits: the protagonists

The planetary diet seeks to double fruit intake, vegetables, legumes, grains and nuts, down nearly 50% in consumption of red meats or sugar, estimating an average consumption of 2,500 calories a day. Like this, a "standard" dish of this diet would have the following proportion: vegetables and fruits would cover half the dish, while the remaining 50% should contain mainly whole grains, plant proteins, unsaturated vegetable oils and, if you want, a small amount of animal proteins.

Samuel Durán, PhD in Nutrition and academic of Nutrition and Dietetics from San Sebastian University, highlights the importance of fruits and vegetables, and regrets that "despite how important they are nutritionally, it costs a lot to incorporate them into everyday life because it is preferred to eat ultra-processed foods in disarray than are healthy".

In this respect, Jenny Ruedlinger raises that there is also an access problem, specifying that "the prices of vegetables in supermarkets are high, while fairs have limited operating hours. Preparing food takes time, In addition. Considering that a large part of the population has low resources and also very long working hours and travel times, the possibility of eating a healthy diet incorporating vegetables becomes very difficult".

To all this, Roberto Bravo, PhD in Biochemistry and researcher at the U.S. Institute of Nutrition and Food Technology. of Chile (INTA) and the Accdis, adds that "in Chile, food intake of animal origin is so high", so the concepts behind the planetary diet would constitute positive changes to be incorporated into our population, designates.

In that line, Bravo details that it is "good" to reduce consumption of red meat and other processed foods because there is sufficient evidence of their relationship to the increased risk of chronic diseases.

"Studies have reported an increase in overall mortality and cancer, as well as an increased risk of cardiovascular disease and diabetes. In fact, the World Health Organization classified processed meat as a carcinogenic element for humans and red meat as "probably carcinogenic", says, also noting the environmental damage to its production: "Cattle are the main contributor to emissions in the sector (62%), using 40% of soils and accounting for 70% of global freshwater consumption".

The planetary diet gets closer to a flexitarian food style, i.e., "Nice stay", which is mainly based on plant-based foods but which can optionally include modest amounts of fish, meat and dairy products.

"If we consider that important nutrition societies in the world - such as the American, British and Italian–, have claimed that well-planned vegetarian and vegan diets are healthy, nutritionally appropriate and have benefits in disease prevention and treatment, then the risk of nutritional deficiencies should not be feared", explains the lNTA researcher.

Although the Eat-Lancet Commission delivers certain guidelines, Evelyn Sanchez, nutritionist and academic at the University of the Americas School of Nutrition and Dietetics, stresses that the challenge is to set this pattern in the population, but according to the nutritional needs of each country.

"The planetary diet does not seek that the world's population should eat exactly the same foods as it does not prescribe an exact diet, but needs to be adapted individually and in each region according to regional availability", says.