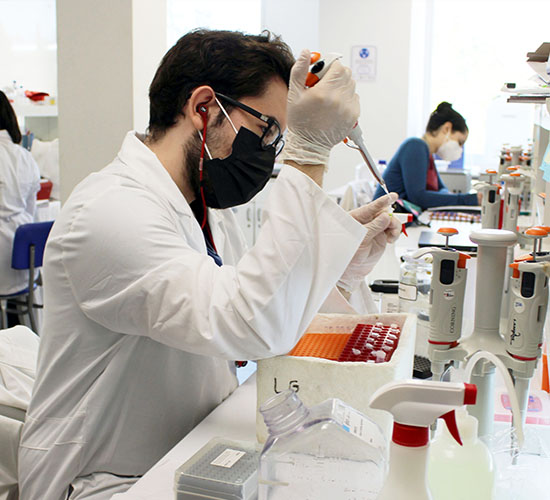 By Sergio Lavandero. Professor Universidad de Chile, Director of the Advanced Center for Chronic Diseases (ACCDIS) and Vice-President of the Chilean Academy of Sciences.

Two years ago CONICYT became the National Agency for Research and Development, ANID and with it, an institution with international standards was established that unified science, technology, innovation and knowledge developed in Chile, in a single organism.

And although there have been many obstacles overcome by ANID, there is still work to be done. That's why, that in this new era of changes in our country, we need actions to endure over time and not only remain in promises or efforts of governments of the day. We require that ANID protect the Ministry of Science, achieve its independence from political power and with a state gaze, lead your own long-term scientific plan.

In this sense and considering the proposals in the scientific area of the current president-elect, Gabriel Boric, I invite decision makers to proactively solve the working conditions of doctoral researchers, Postdoctoral, professional staff and technicians hired by ANID projects, we expect compliance with the budget offered for research, knowledge, technological development and innovation.

On the other hand, communication with the scientific community needs to be improved, because organic is not yet understood, dynamics and operation of certain units, especially the current technical advisory boards.

Another great debt for our scientific community, is to give prompt continuity to the FONDAP program. There are currently 13 interdisciplinary FONDAP Centres, that congregate more than 1.000 researchers in various priority areas of the country and who are committed to their future functioning.

Among other requirements, it is necessary to encourage that the beneficiaries of Chilean scholarships can be inserted in State departments, as a mechanism for returning your scholarships. Alliances between the State must be strengthened, Universities and Private Sector. In this way, we will be able to prepare for the challenges of the science of the future and together with the other disciplines -social sciences, Scientific, humanities and artistic- continue with the development of research of excellence.

And of course and no less important, we need to continue encouraging female participation in science and technology, generating conditions that allow researchers to remain active and competitive in their areas of study. Also, the development of policies to support sexual diversities is needed.

From my position as a researcher I recognize the achievements, which must endure over time. During these two years, ANID has remained committed – with a state-of-the-art perspective – in our scientific and technological development, through funding programs for individual initiatives such as FONDECYT Projects and Associative Projects.

It has also contributed to the support and training of new young researchers, through doctoral scholarships in Chile or abroad and has brought science closer to the community, through the scientific-technological dissemination of the Explora Associative Programs. These actions have firm foundations and are recognized by the community with quality standards., relevance and relevance.