Protagonists recall cholera epidemic that hit Chile in 1991: “It was like a state that faced the disease” 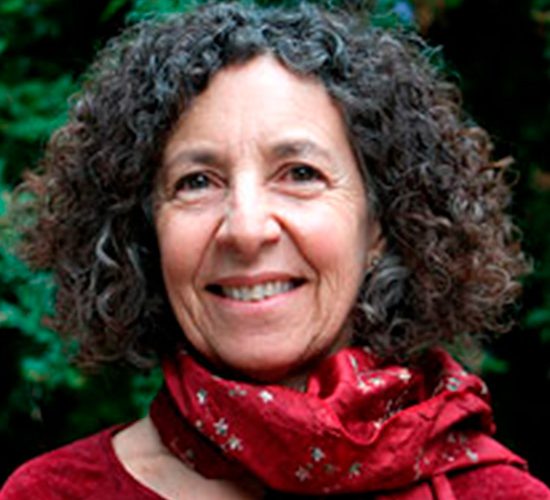 Radical measures were implemented to control the outbreak four or five months after the outbreak. In addition, after the experience, long-term changes were made, as was the privatization of water.

Cholera was the last major epidemic that rocked the health of Chileans in 1991. And just like today it is with coronavirus, authorities at the time put a lot of emphasis on prevention, campaigning so that citizens would not get a disease that as early as 1832 had wreaked havoc on national soil.

Then, at the head of the government was the late former President Patricio Aylwin and in charge of the health portfolio was the surgeon doctor Jorge Jiménez de la Jara.

In conversation with Emol, the former secretary of state recalled that “the outbreak began in Peru in the late 1990s and it was known that it would eventually reach Chile”. That's where his concern began..

Parallel, Catterina Ferreccio, current head of the PhD in Epidemiology of the Pontifical Catholic University of Chile, was developing an international research project in collaboration with the Ministry of Health on typhoid fever, in addition to being part of the ministerial advisory team.

It is worth remembering, in the words of Ferreccio, “that cholera is a bacterium that has as its definitive host the human being”. It enters the body when people drink drinking water with faecal contamination or when they consume agricultural products that have been watered with sewage.

It was in that context that Ferreccio discovered that there were Vibrio cholerae bacteria in the Mapocho River. “There wouldn't have been a problem if that water hadn't been occupied at all.. But that river in those years was used to irrigate all the agricultural lands that were on the outskirts of Santiago”, Explained.

Shortly thereafter the first case of cholera was discovered. “These were two older adults who had consumed lettuce”, ferreccio recalled.

The technical team raised the issue to Minister Jimenez, who as a first step organized a committee with “different national actors” to assess the situation generated by the bacteria in the country.

“It was a group where all the ministries were, all the Armed Forces. A bit like what President Piñera just put together. It was like a state that faced the disease. Since, if the Mapocho River was still used to irrigate plantations, many people might have been exposed to the bacteria", pointed out the epidemiologist.

Former health minister added that the second measure taken to prevent cholera infections, was to run an advertising campaign “pretty simple to understand". “It was about encouraging hand washing, don't eat raw vegetables or seafood”, because they were possibly contaminated, Recalled.

“Radical measures were implemented” to prevent internal contagion, recalled Jimenez. For example," he noted- se “intensified chlorine in sewage and drinking waters”. On the other hand, Ferreccio added that the state decided “completely disrupt the use of mapocho river waters for agriculture, that had been standard since 1980 and was not met, then with the help of military surveillance helped to comply with the order”.

In both, the orchards outside Santiago that had used those waters “were sprayed with methylene blue so that you could no longer eat or sell. Everything was super radical, even, I remember that on some bridges of the river were dropped tons of chlorine”, argued who was then a ministerial adviser.

Another measure that was implemented was the “sanitary barriers”, in order to disrupt potential contagions by people arriving in the country. “Health barriers were established in Shrimp, Copiapó and La Serena. If a bus came, people were lowered and given a clinical examination to see if the person had symptoms associated with cholera. And if there were any sick people left in hospital and the bus went its way””, noted the former health minister.

“Deep septic pits were built at all entrances, and all the buses that came from Peru and Bolivia, they were forced to throw away their bowel movements there. And the buses were disinfected. In addition, if people had symptoms, were left there. The measurements were incredible and massive. It was so much, that even, typhoid fever was dropped until it disappeared from Chile", added Ferreccio.

Also, the leaders of the time traveled to other countries to collect clinical experiences. “With the minister we went to Peru and while he saw political issues related to the disease, I used to visit hospitals to learn what was going on”, recounted Ferreccio.

The health policies emanating from Patricio Aylwin's government led to, according to Jimenez, in the “four or five” months after the emergence of the cholera outbreak in the country, the disease that “had more than 500 cases” and “a mortality rate of close to 0,2%”.

The epidemic has gatill a number of long-term consequences, such as water privatization, which took place in the administration of Eduardo Frei Ruiz-Tagle.

“The next government made the decision to privatize drinking water, in exchange for making the wastewater treatment plant”, recalled Jimenez.

Also, the hygiene advertising campaign was key, Since “typhoid fever was made and hepatitis dropped”. In addition, a cultural change in food preparation was achieved.

Consulted for its assessment of the management that the current administration has done with regard to the management of coronavirus, Jimenez argued that if “although there were” among the authorities and specialists on measures to slow the progress of covid-19, “adequate coordination has been made”.

“As this is a new virus, there's a lot of trial and error and coordination. So after the first few, we have entered into more appropriate coordination and measures are being carried out by the population”, closed the former health minister.