Why didn't the strategy of dynamic quarantines work in Greater Santiago? 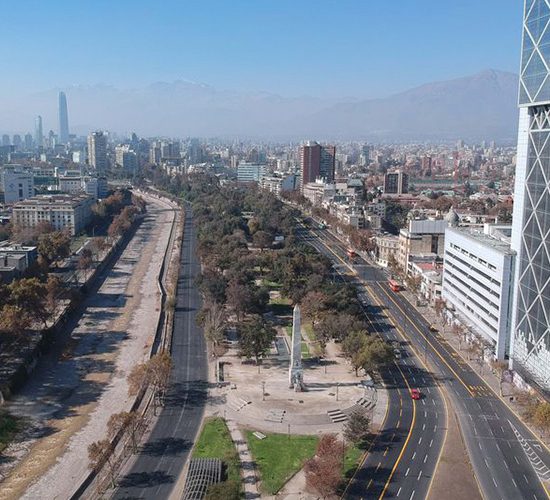 That people ignored and continued to move from one commune to another. They asked for a lot of permits and there was no more audit. That Santiaguinos are more porfiados than Chileans from regions. That the government erred and mistook for its message. Flanking key links such as the primary care system and municipalities. Hours after forced confinement reaches 38 communes and 7,4 million people, medical specialists, infectologists and members of the COVID-19 Advisory Council crumble why partial quarantines had to be set aside. Eye, who can come back.

The model that was being applied until yesterday in the Metropolitan Region is unprecedented and unsancly adapted to the trace of those used by other countries. In the government they recaped this morning that, recounting that when they looked at the work outside they did not see 100% adaptable examples. It is true that they were often said to be watching South Korea, where they did massive testing and isolated contagion and contacts - and did not make gigantic total quarantines, repeat-, but under conditions quite difficult to replicate here: too costly in cash in its early stages and with a very different social culture.

New Zealand is often mentioned as a stronghold, but -underlines an executive's authority- closing one or two islands for equis time is not the same, and when it opens it is exposed again to the virus. Germany, says this same version, may look more like, but Germany is Germany and Chile is Chile, and further there the confinement was at times more pronounced. Spain and Italy, No way. United States, less.

Weighing that and expert inputs and specific reports (there were even modellings of some scientists collaborating with the Data Board), the government opted for dynamic quarantines, strategic or partial. The same version emphasizes that this data pointed out to them that it was possible to contain viral spread with the same impact as a lockdown, but without paying the priceless price of having the metropolis closed.

"We save our most powerful tool for the best opportunity, so it wouldn't wear out. It's like a scalpel: only works well when it has edge, not when it's already blunt", illustrated in government. But the infectologist Claudia Cortés - academic of the University of Chile and vice president of the Chilean Society of Infectology- asserts that the model "obviously failed, we triple contagions, and for some reason this hasn't worked anywhere in the world".

"There was little analysis regarding the functioning of Santiago as a whole, more than the sum of independent delimited territories, i.e., the communes. The communes of the capital were treated as if they were the regions of the country, with broad and clear boundaries, when it's not, mobility of people within the city of Santiago, and therefore its interconnection, it's huge", sentence doctor Manuel Najera, Specialist in Epidemiology and a teacher at the University of Development.

According to the, "apparently that element was not included, or didn't weigh himself on his merit, decisions". It's what's been constantly claimed: that no matter how much a commune was closed, in the others people continued to mobilize without the pressure of authority, moving the virus and dispersing it around the city. And in which they were confined there have been plenty of examples of people who did not respect the measures, in addition to the permits that were triggered.

Dr. Cortés stresses that "people were transported from one commune to another, and so, quarantine in the middle of a commune, half-communes, it was a pretty absurd thing. Streets can't be a limit and we always said it was very unreasonable to quarantine communes split in half".

To deal with this factor, in the government have chosen to tighten the requirements for safe conduct and permits.

One of the maxims for this to work is to confine, Test, Detect, isolate and plot. But according to Dr. Catterina Ferreccio, member of the COVID Advisory Board-19, the chain is faltering at a crucial point. "The most important part of our systematic failure -- we are not in the worst of worlds either- is to have longer hands in primary care", because that's where you can better assist the population, says.

He explains that "the clinics are a health network that depends on the Minsal and the municipal system, and this network is all over Chile and goes all the way to the last settler. After the office is the rural post, there's no Chilean who doesn't have one within reach. And there they have the family medical record of everyone who lives in a house". He insists that these health personnel should be sent more inputs, "kits for exams and support them with as much material as possible".

The reason for this, Graphic, is that "when you close an area, confines and you don't do anything else greatly increases the transmission inside homes and condos. You have to close, go looking for positive cases, take them and their narrowest contacts out of the house. In this way, when you open a commune again, you have fewer infections". And it hasn't worked so far because "the ground equipment factor is very poor and insufficient, we don't have the capabilities, there are little staff and the newly hired does not have enough experience".

Alvaro Erazo, former Health Minister and Member of the Advisory Board Covid-19, Matches: "If primary care is not in condition next to the seremis and municipalities, which is the local strategic unit, the possibility of traceability of cases, isolation and quarantine of them will not operate well and we will undoubtedly allow the virus to continue circulating".

Dr. Najera is clear that he gravited "early success because of the situation observed exclusively in the eastern sector of the capital, and the moderately positive result in Punta Arenas and Araucanía. What pushed the authority's discourse to change prematurely towards the 'new normal' and this is the main message to the population, to return to trade, to the mall (Apumanque as an icon), which then confuses again the main premise that is staying at home to avoid more contagion".

Erazo believes that the controversial concept "has been a factor that has not helped the purpose and authority itself to some extent has recognized it, I think there's a correction". And in the face of this, he stresses that "today it is very clear that the only indicator to make any decision to relax measures is health indicators", But what “has to go through the command of social safety nets and some mechanism for transferring resources through municipalities, some subsidy. A social quarantine".

In the government they explained this morning that the fault that was committed was to confuse with the message, because what was sought was to install the idea that it would be returned to a state of "new normal" later, not immediately.

And that total quarantine, as they considered, they thought to slow it down further into the winter. But for the same reason, at Palacio warn that as the lockdown that comes into effect today, may resume partial legal confinements. Let some communes come out and others don't.

Here's a factor that's not a doctor but social, almost idiosyncratic if you want, difficult to express through the mouth of an authority without misunderstanding. That the santiaguino has behaved in a very different way to the Chilean and Chilean regions of. In the government they argue that if the failure were exclusively attributable to the message of new normal, because then it is not understood that in areas like Osorno and Punta Arenas, where they heard the same speech, the situation is not as dramatic as in the capital.

At some point this point Minister Jaime Mañalich touched this point in the interview published today in The Third: "For reasons it is not for me to judge, I think people's behavior, once there was an uprising of restrictions on MRI, it wasn't the desirable. There was a release in terms of partying in departments, Clandestine, that meant enormous risk potential, And that led me, before the cases began, to make a declaration of war in the sense that everything was played in the battle for Santiago, until the numbers endorsed it and we get to the stocks we're in today".

And, talking about messages and speeches, today or tomorrow the government will launch the first phase of what could be a broad campaign that seeks to inoculate the idea that measures must be met and be responsible. First it will be released on social networks with video clips that are already almost ready and other graphic tools. The plan is to give him a week of filming., and as it works, then launch a second phase in media and with more complete audiovisual elements.