COVID-19 overview in Chile, where we are and where we're going 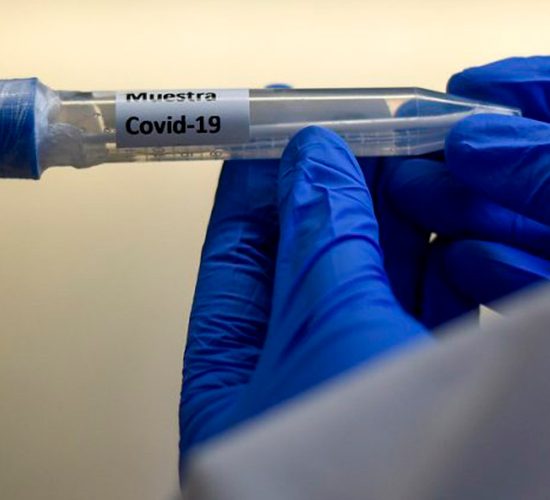 Recently Dr. Catterina Ferreccio, Epidemiologist, COVID-19 Advisory Board of the Ministry of Health Chile and researcher at the Advanced Center for Chronic Diseases (ACCDIS) of the Pontifical Catholic University of Chile, participated in the Centre's seminar cycle and explained that the current situation (until July 9) placed Latin America and the Caribbean as the place in the world where COVID-19 infection grows the most rapidly, then in a descending way is Asia, North america, Africa and Europe.

The expert also seized the opportunity, to highlight that according to the data Johns Hopkins, Chile is among the countries in the world with the highest rate of confirmed new cases per day, however, with regard to the current COVID-19 mortality in the country, said "luckily we are already seeing a decrease in the number of deaths from the virus". 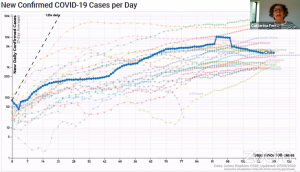 With respect to other indicators, Dr. Catterina reported that the rise of hospitalizations in the Intensive Care Unit (Icu) and in critical condition, have slowly stopped and are expected to continue to decline. As for the use of mechanical fans he said "at first the epidemic was occupying and occupying fans, but there is currently a stabilization between the occupied and the available".

Among the challenges to control the epidemic, the Dra. Ferreccio explained that the people who become more infected and more transmit the virus in Chile, between the ages of 25 and 35, while those killed by the virus occur between the ages of 70 and 69 and Peck of patients in ICU is 60 to 69 years old, in this line the doctor noted "we have to ask young people to isolate the next and not infect others, especially the elderly".

During the seminar, the epidemiologist explained that since 2015 the Institute of Public Health has been monitoring respiratory viruses, noting that in previous years on this same date there was an increase in this type of virus, but currently no recorded this Peck. "In parallel, UC, together with other clinical networks and hospitals in the Metropolitan, study what the respiratory viruses are and to date it was observed that the only virus that is circulating in Santiago is COVID-19", Ferreccio reported.

As for medical treatment to combat or treat COVID-19, so far there are only two medicines that the Council believes have sufficient scientific evidence, it's about Remdesivir, which shortens the disease and decreases mortality, but it has only been seen to have an effect on hospitalized patients; this medicine is currently not available in the country, but has already presented the Institute of Public Health, MINSAL COVID-19 Advisory Board, He added that another recommended drug drug is the Dexamethasone which also showed reduced mortality in severe patients who needed oxygen, "unlike the previous one, this drug is available in Chile and is inexpensive". With regard to the development of a vaccine, the researcher commented that there are currently four population clinical trials in the last phase, that is, they are being tested in large numbers of participants and two of them will be tested in Chile, however this does not mean that we will have a vaccine promptly, highlighted Ferreccio. 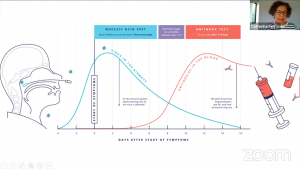 In the course of the seminar the expert noted that the hope to start an early misconfunding is the rapid testing, therefore the council currently recommends these two types of rapid tests to detect antibodies and the virus, because the current PCR is very slow, commented on the scientist, who also emphasized that it is important to apply the tests at the right time, because on day 8 or so, the virus is sensitive to virological testing and antibody testing, stressing that "the antibody test measures antibodies does not measure the virus".

Given the current decline in the pandemic in Chile, experts delivered a number of recommendations to government agencies, starting with the need to develop strategies involving local authorities, progressive decon confinement and validate the criteria and indicators used, with other sectors of government, scientific community and social table.

As for the health criteria, the specific doctor, that for a deconfundion it is necessary that the epidemiological situation has a clear decline, i.e., few new cases confirmed a day, little community transmission and little ignorance of new cases "ideal would be to present a decrease in new cases of 21 days". Another aspect, has to do with the ability to detect, which refers to the number of lab tests, positivity and response time "diagnostic tests should be applied 1 per 1000 inhabitants a week". As a third requirement, recommended effective epidemiological surveillance, complete and opportunity for cases, contacts and risk groups, which for the expert represents the "Achilles heel" as she says she does not have the trained staff or resources on site, "i.e. at this point 90% of positive cases are required with isolation and follow-up with local teams and that contacts in these cases, at least 75%, have been located in less than 48 hours," he emphasized. In this way, 60% of new cases would be expected to come from these contacts in follow-up and not be a surprise," explained the epidemiologist. And as a last requirement, sufficient stock of assistance resources "there are expected to be at least 15% free beds available to receive a re-up"

Finally, Dr. Catterina reported that in addition to the recommended criteria, the Advisory Council delivered a communication strategy to inform the population of the significance of the deconfunding steps and that the community can follow them, adding that, it is also necessary to have a clear itinerary criterion so that people can understand when and why such an establishment is opening. Also, called for all public and private companies to have plans and protocols for continuing their pandemic functions "because we will not have a vaccine or curative treatment before the end of the year" concluded.