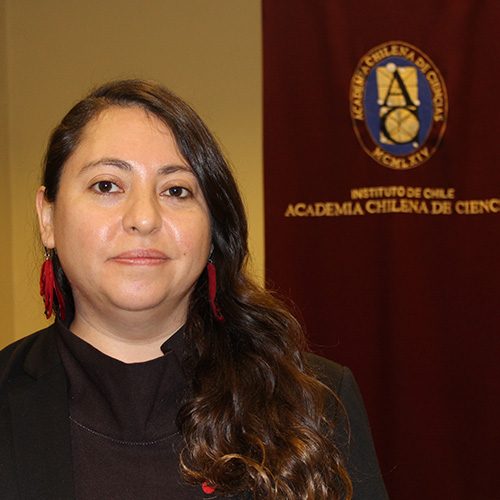 The Chilean Academy of Sciences recently granted the Valentina Parra excellence Académica Adelina Gutierrez for young researchers award, research associate at the Center for advanced chronic diseases (ACCDiS ) and academic at the Faculty of Chemical and Pharmaceutical Sciences of the University of Chile, due to his important contributions to the study of mitochondria through numerous publications that have achieved recognition in the international scientific community

A new version of the "Adelina Gutierrez" awarded Valentina Parra as the best young scientist 2018. Recognition is given each year by the Chilean Academy of Sciences to researchers under the age of 40 as a way to recognize the work of women in this field and, In addition, to encourage the participation of women in this area of studies.

The curriculum of Parra was elected among thirty scientific that postulated to the obtaining of this distinction, and that it was for the jury a hard work, given the quality of each one of the investigations.

In this respect, the President of the Chilean Academy of Sciences, Maria Cecilia Hidalgo, He pointed out that "the jury had a difficult job picking a winner, because of the excellence of all candidates, but Valentina has a truly exceptional experience and from a very young has stood by the work that has done, so this award he has received is completely justified".

Valentina Parra's Biochemistry and PhD in the same area by the University of Chile. He did his postdoctoral fellow in the Department of internal medicine, Division of Cardiology at The University of Texas Southwestern Medical Center in Dallas, Texas, United States. He is currently an Assistant Professor in the Department of Biochemistry and Molecular Biology at the Faculty of chemical sciences and pharmaceutical de la Casa de Bello.

His award-winning career achievements include obtaining the medal Hermann Niemeyer for the best PhD student in biochemistry or related sciences in Chile by the Chilean society of Biochemistry and Molecular Biology, the 2011 "Oriana Josseau" Award for the best female student in the U's PhD in Biochemistry program. Chile and the FWIS scholarship "For Women in Science", submitted by UNESCO and l´oreal Chile. In addition, during 2011, He was a finalist in the young scientist award of General Electric, obtaining the second place in Latin America.

Valentina Parra's career has been linked to the study of mitochondria since he was undergraduate student. "Always I have been building a career related to mitochondria - that is like the motorcito of the cell- and, on the one hand, on how she performs in the context of different diseases that can affect heart cells. In fact, along with my team, we were the first to show that mitochondrial Dynamics not only suffered changes during the cardiac cell death processes, but also under a physiological context and, a hormone like insulin - that is so common and that we all know in the context of diabetes -, It was also capable of controlling the dynamics of this organelle", says Parra.

Currently, the brand-new Adelina Gutiérrez Prize winner is investigating how it affects mitochondria in cells of individuals with Down syndrome. "So far, What we have discovered is that normal degradation suffered by the mitochondria are altered in the context of Down's syndrome, to exist a great accumulation of mitochondria of large"what, According to Parra, It could explain several observations that have historically been of people who have this genetic disorder.

Women in the Academy

However, Valentina Parra says that it has due to overcome obstacles in its path, as all women scientists have been able to give us has reached a point in our professional lives in that half of women researchers - according to figures compiled in United States- they leave the academic career due to their great instability. "For a woman will always be more complicated. This is a career that has a great charge labour and meetings at times that sometimes little support with maternity, for example".

Fortunately, Adelina Gutiérrez Award winner has had the help of his family and mentors who has had throughout his career, What has allowed it to develop it properly. "In that sense I have been a privileged, and that is why I feel that I contribute my abilities to other women also have this support and to build more Academy and encourage other young women to career, Hopefully, become just as privileged as I", Adds Parra.

For the PhD in Biochemistry from the U. Chile "academic and scientific institutions around the world have a good sexist structure that must be modified by the inclusion of gender quotas. While that is not done, hardly women will be able to equate men. In fact, there is a study published in the journal Nature that states that if everything remains the same - and these fees are not included- only in 250 years would parity be achieved, and I think we're no longer willing to wait for that huge amount of time.", Emphasizes.

Valentina Parra has set extremely challenging goals for her career: "I want to be a contribution to science in Chile and also help with the training of more women scientists. I have a commitment to my gender, and also with the students of the University of Chile as to give them the necessary tools so that they see that they have many alternatives to develop their careers successfully and thus achieve its realization as people and as professionals", ends.