Epidemiologist Catterina Ferreccio, member of the Minsal's COVID-19 advisory board: "It is reasonable for older adults to be offered a third dose" 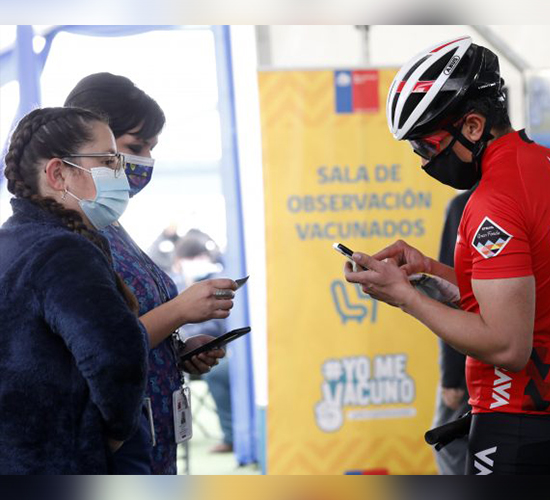 At The Counter in La Clave, the specialist also referred to the changes of the Step by Step Plan, pointing out that we must be cautious because "we have new variants that are showing enough aggression in terms of their transmission in Europe that are going to increase circulation, then, that transfer of that responsibility to us as citizens is a challenge.".

Despite improved pandemic data, the debate continues on the possibility of a third dose to the population to protect against the new variants circulating of Covid-19.

At The Counter in La Clave, Catterina Ferreccio, epidemiologist at the Catholic University and member of the COVID-19 advisory council of the Ministry of Health, maintained that while "there is no urgency at this time" to apply a third inoculation, said that "it seems reasonable that older adults should be offered a third dose". On the other hand, "in young people it is not so necessary", stressed.

The epidemiologist stated that the only study that shows "efficacy and safety" is the study conducted by the Ministry of Health that "was performed on two million people.. This research "sees the efficacy of the Sinovac vaccine in real life", because "it is the one that has studied the entire Chilean population that are several million".

Dicho estudio del Ministerio “muestra una eficacia del 80% en cuanto a hospitalización y enfermedades graves y un porcentaje del 90% con respecto a muerte”, Therefore, "we have enough to feel confident that there is a remote possibility of contagion by someone else", said.

"There are people who are going to die with Sinovac with two doses, and that's already happening.", but this is much less likely to happen after inoculations, the epidemiologist says.

As for the changes to the Step-by-Step Plan, the specialist says that we must be cautious because "we have new variants that are showing enough aggression in terms of their transmission in Europe that are going to increase circulation, then, that transfer of that responsibility to us as citizens is a challenge.".

In the case of the return to schools, the member of the Epidemiological Council of the Minsal asked the Government to have a "sufficient infrastructure to be able to do classes". For example, it has to ensure "ventilation that ensures that no virus accumulates in the air because we know that children are transmitters", raises.

"Going back to school activities is going to start to build up the virus that we still have.. Unfortunately we don't have a low enough active case rate that's not a risk.", finished the epidemiologist.