U Academics. Chile raise the need to strengthen the budget in science 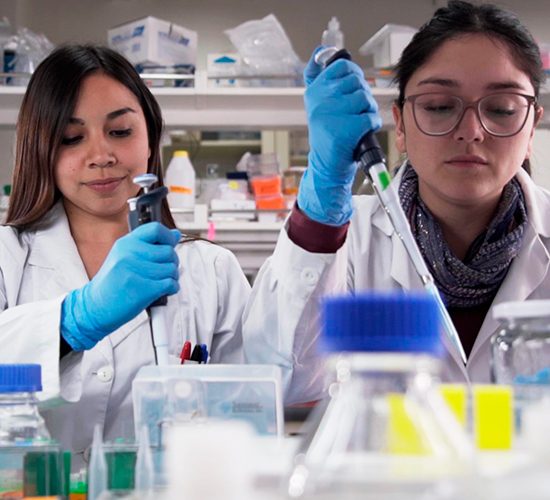 Since 2018, every first Sunday in October, National Science Day is celebrated, Technology, Knowledge and Innovation, in order to promote these issues for the development of the country. Researchers from the House of Bello call for a rething of this date, giving you the importance of scientific work.

In the face of declining national science budget in 2021, academics at the University of Chile deepen the main challenges in creating and transmitting knowledge, in addition to raising the urgency of having a robust scientific-technological system consistent with the country's needs.

On October 1, the 2021 Draft Budget Act was entered into Congress, showing an increase in resources of just 0,7% for the Ministry of Science, from $436,275 to $439,507 million. Maintaining this funding required a $16.598 million rebate from the Innovation Funds, Science and Technology (FICYT), in addition to a budget cut by 25 billion pesos for the National Agency for Research and Development (ANID) and the suspension of Chile's Overseas Postgraduate Scholarships.

In a context constrained by the effects of the current health crisis, University of Chile through its researchers and researchers, forms of knowledge creation and transmission are rethinked as part of the strategic axes of national progress. For the Vice-Chancellor of Research and Development, Flavio Salazar, "this is a symbolic day that requires incorporating the sciences, technology and innovation within a sustainable model. As a University, we are committed to establishing a policy on the subject, involving both the role of gender equity, such as the impact of research on national socio-economic development", said.

The role of science, technology and innovation for country development

According to the Social Perception Survey of Science and Technology, 79,9% of women and 83,4% of men believe that, over the next 20 years, developing these issues will bring many advances and benefits to the world. At the same time, was considered an increase in the relevance that the population gives to science, positioning itself as one of the sectors in which public investment should grow.

Social outburst and health crisis have made the importance of the scientific sector visible, by delivering answers to country problems. Among the projects that have been highlighted in this area, highlights the social robot developed by the Academic of the Faculty of Physical Sciences and Mathematics, Javier Ruiz del Solar. This technology has allowed to assist isolated patients with COVID-19 in the Hospital San Juan de Dios and the Clinical Hospital of the University of Chile.

Professor Ruiz del Solar said that "research in science and technology is increasingly important to address the challenges that our country has in areas as diverse as health, climate change, Industry 4.0, to name just a few. The gaps between Chile and developed countries are very wide, so we have to make an extra effort to be able to reduce them through research, technological innovation and advanced human capital development".

In the same way, artificial intelligence has played a relevant role over the past decade. The Academic of the Faculty of Medicine, Maria Elena Santolaya, has used this technology to optimize processes in clinical hospitals, in addition to working on the immunogenicity and safety of the Oxford VACCINE against COVID-19. "Countries that want to move towards development and respond to society's problems, they need to invest in science, technology, knowledge creation and innovation. The lack of investment in these areas keeps us in underdevelopment and puts us at a clear disadvantage in improving public policies", commented the expert.

On the other hand, the Academic of the Faculty of Chemical and Pharmaceutical Sciences and director of the Advanced Center for Chronic Diseases (ACCDiS ), Sergio Lavandero, has implemented research on the factors that influence or prevent disease development through multidisciplinary work covering basics, Clinical, Population, innovation and technology.

Professor Lavandero was recently awarded as Latin America's No.1 scientist for his cardiovascular research and referred to the science crisis in the country. "Today more than ever it is important to invest effectively, effective and efficient in science, technology and innovation, without losing focus on the formation of the next generations of relief. This pandemic showed that despite meeting us in the 21st century there is still much to be done and improved, new challenges and topics are always emerging to investigate", highlighted.

Education has been another relevant factor during the health crisis. The Academic in the Department of Mathematical Engineering and a member of the Center for Mathematical Modeling (CMM), Salomé Martínez, has focused his work on both teacher training, as in the development of new educational models. "During this period there have been enormous challenges that have had to be faced in real time. That's why it's important to think about what we're going to do over the next few years in terms of science to end the gaps, addressing immediate problems and getting ahead of new scenarios. This must be accompanied by funding that allows us to influence and a state that bets on science, especially at this time that the economy needs to be revived", Added.